Case Study – From 0 to Production
by The Agile Thinkers 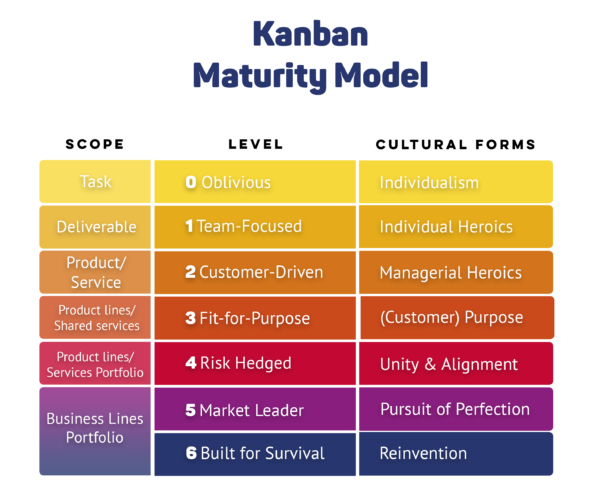 Today, we bring to you a Case Study, where we implemented the Kanban system effectively. Below you can see an excerpt of the “Part IV – Conclusion”, the last part of the Study.

If you want to see the full version, check it here!

With the purchase of one major financial institution, “The Customer” had in hands their biggest technological project so far. Along the way, several challenges appeared, and actual practices were not working anymore leading the company into recursive failures. Restructuring the department to be more Agile and using the Kanban system was the solution that allowed them to thrive.

When we arrived at “The Customer”, we found a chaotic situation. They had in hands a challenging project that increased exponentially due to the purchase of another major financial institution. A Waterfall approach was not helping them succeed. After an initial awareness phase that includes “The Customer” leadership it was time to move to the teams and help them transition to the Kanban Method. Initially, we found these sources of dissatisfactions:

To start this transformation, the Credit Analysis team was the one selected. The first step made was to isolate the team from other teams and create a cross-functional team with Business Analysts, Developers, and Testers. Mean- while, they received several coaching and training sessions including Visual Thinking, the Kanban Method and how to work as a team.

Within a few weeks of working with Kanban, and after progressing through several boards, constantly evolving to the point where all the Kanban Method core practices were in place, the change was notorious. Not only tests resulted in bugs really being addressed but also the team found out that this way of working was better for them. The collaboration was easier, cultural differences were not so evident, dependencies were broken down, delivery was better with fewer bugs, and the overall work environment was better.

With the success of this implementation, the same approach was done with other teams. After 2 years, the project finally went to production. They reached the deadline because with the Kanban Method and the team’s delivery increased making them gain 22 days of work. We were able to bring improvements based on actions that originated more teamwork, self-confidence, less micro-managing and more facilitation. The outcome of any improvement is not the implementation but rather the quality of the business outcomes and the satisfaction of the customer, workers, and organization. In the end, there was still much work to do as the teams nearly reach level 1 of the KMM.

Some teams must start focusing on managing work items instead of tasks and limiting WIP to achieve higher outcomes. Key issues are having bugs due to bad engineer practices, a lack of reputation and increased loss of business and delivery orientation, low customer focus and profit maximizers.

They must invest time to lead by example, work at the team level to make inexplicit policies into explicit policies and learn how to work as a team. These little improvements and actions will originate more teamwork, self-confidence, less micro-managing, and more facilitation. The outcome of any improvement is not the implementation but rather the quality of the business outcomes and the satisfaction of the customer, workers, and organization.

To become a high-performance organization that adopts an Agile mindset, what do they need to do before spend- ing time and money? Understand their culture, observe behaviors and practices “How do we live here?”, observe their routine activities, patterns of interactions, “How do we do things around here?” build a value chain map and observe their C-suite peers collaboration in understanding the value chain and from genesis to commodities:

Bureaucracy is the default operating system for virtually every large-scale organization on the planet. Founded on the ideology of controlism, it elevates above all other organizational virtues.

in At Insights
# The Agile Thinkers
When more is not better? Your company is trapped!
by Hugo Lourenço